Executive Chef Geoffrey Lechantoux has learned from the best, working shoulder to shoulder with some of the planet’s most respected culinary masters including a stint at Alain Ducasse’s three Michelin-star Le Louis XV at the Hotel de Paris in Monaco.

During his star-studded career, the young chef has also graced the kitchens of the Michelin-star Jules Verne restaurant at the Eiffel Tower, the two-Michelin-star Hotel Plaza Athénée in Paris, Trianon Palace in Versailles and Alain Ducasse’s upscale French bistro, Benoit, in New York.

Maison Close is Lechantoux’s first venture heading up a restaurant and it’s clear he is determined to make his mark on Manhattan. As you would expect given his training, his style of cooking is rooted in the French classics but with a delicate, contemporary touch. 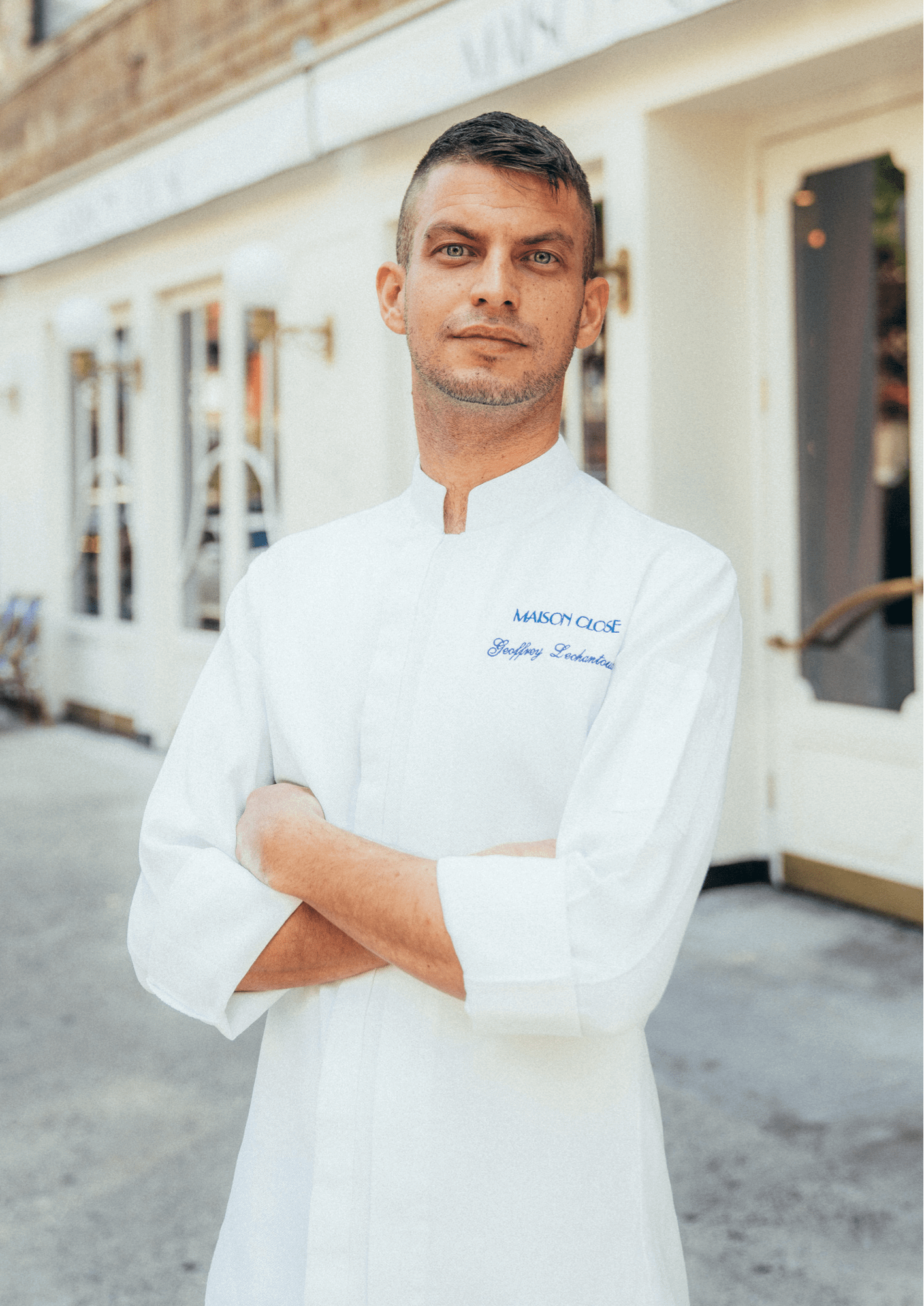